Packaged snacks from the grocery? Why bother when you can be eating these sweet, crunchy and nutritious Roasted Honey Cinnamon Chickpeas! 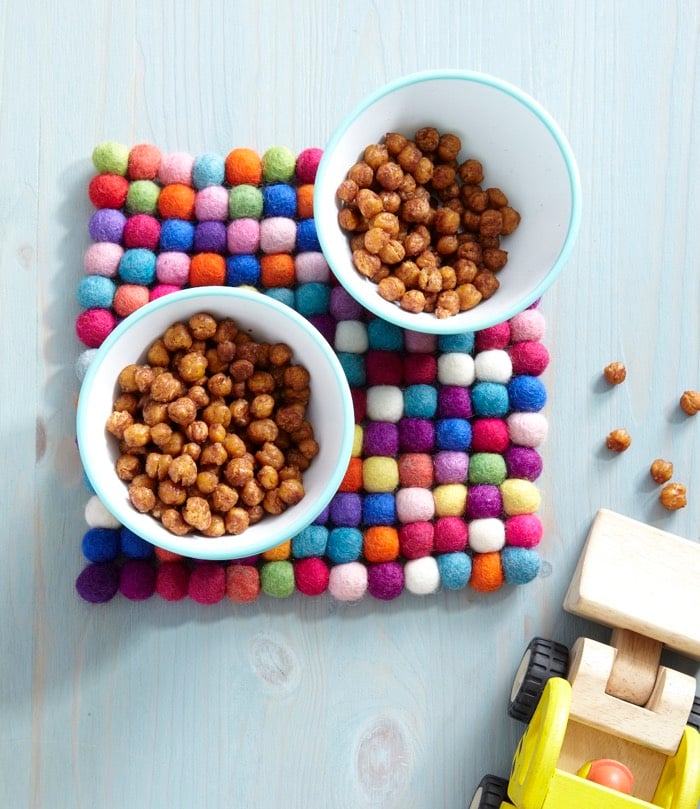 There are so many snack foods on the market, but how many of them are actually nutritious? The shelves of most supermarkets are overflowing with a seemingly endless amount of snack food choices, the majority of which, at best, contain a good deal of salt, sugar, hydrogenated oils and more. You can’t even completely rely on the label “organic” when it comes to packaged food. Sure, it may mean what you’re buying contains less pesticides than the non-organic alternatives, but that doesn’t mean it isn’t made with additives and a host other stuff you’d rather not be feeding your family.

These Roasted Cinnamon Honey Chickpeas are my version of healthy junk food. They’re probably not prepared the way you’re used to eating chickpeas (a.k.a. garbanzo beans), which are soft in texture once cooked and traditionally used as the basis for savory dishes like hummus, soups and stews. Instead, these are super crunchy and sweetened with a light coating of cinnamon and honey, making them even more addictive than those junky snacks you can’t pry out of your child’s hands. In fact, with only three wholesome ingredients including the protein packed chickpeas, you’d be hard pressed to find another snack food that’s this good for you.

I brought a container of them with me to Chloe’s gymnastics class last week where the kids and moms camped out afterwards for their mid-morning snack couldn’t get over the fact that they were eating beans. One mom came over to ask me, “where did you buy these”? Mission accomplished! 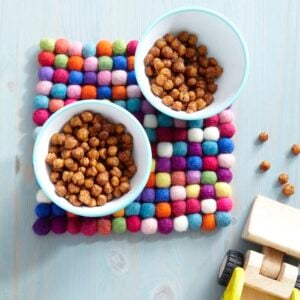