For all the parents out there that can’t get their little ones to try a green vegetable, give these Pea Pops a try! 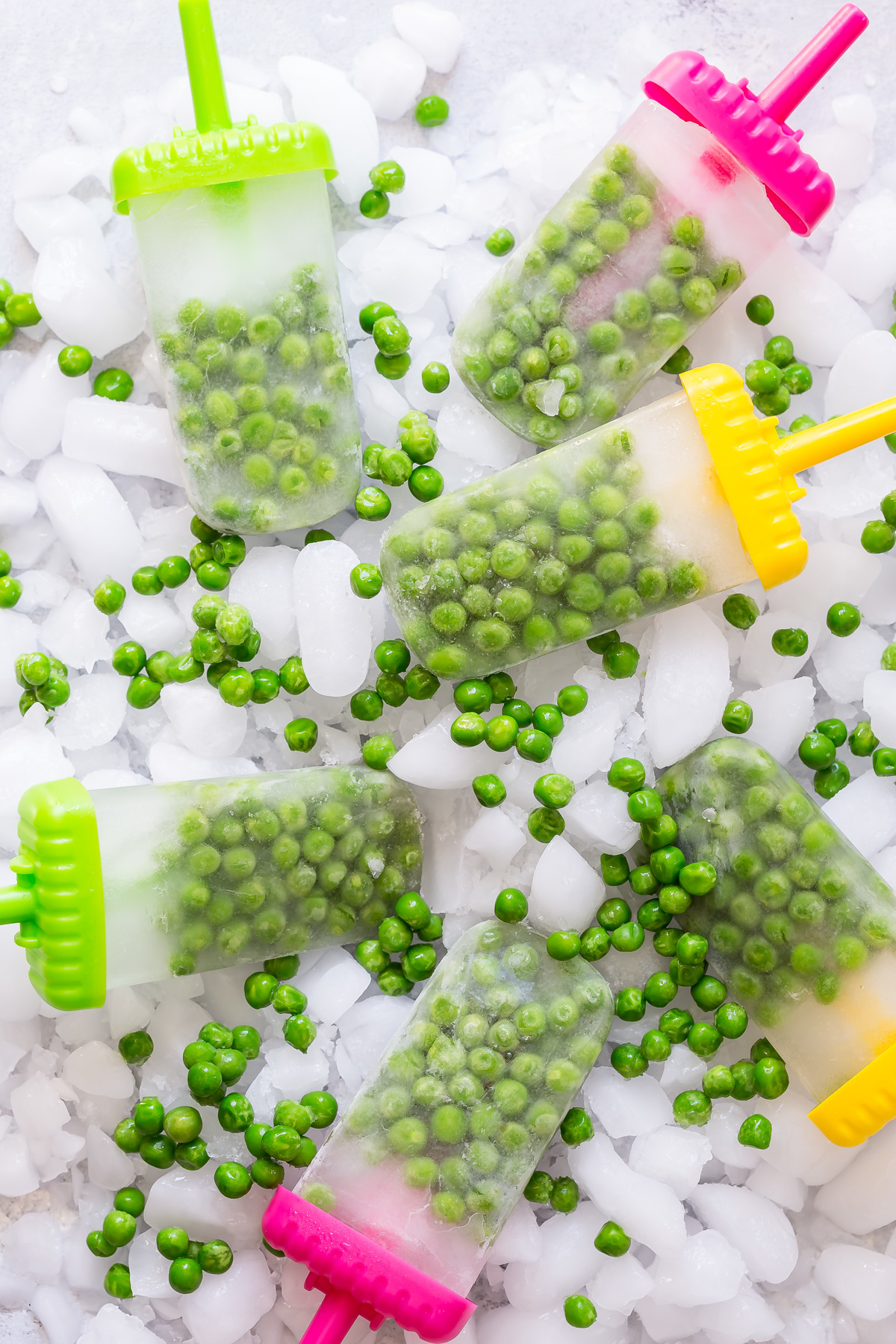 Want a time tested recipe that includes a vegetable and formed into a popsicle? That’s right, the combo exists and they’re shockingly delicious. I’ve been making these Pea Pops for 8 years and to this day after a skeptical friend of Kenya and Chloe’s tries it they end up falling in love. So much so that I’ve had a freezer full of different flavored popsicles and seen kids choose these over other sweet, fruity or yogurt ones.

Years ago when I was shooting a TV segment the crew’s attention turned to a familiar topic, their kids. After all, kids are a parent’s favorite subject. When one of the fathers on the shoot recommended this recipe to me, I must have looked at him like he had two heads. At first I was wary of the idea because it sounded kind of gross! But never one to judge a book by its cover or to shy away from giving a recipe or an idea a try, I decided to whip up a batch of my own. 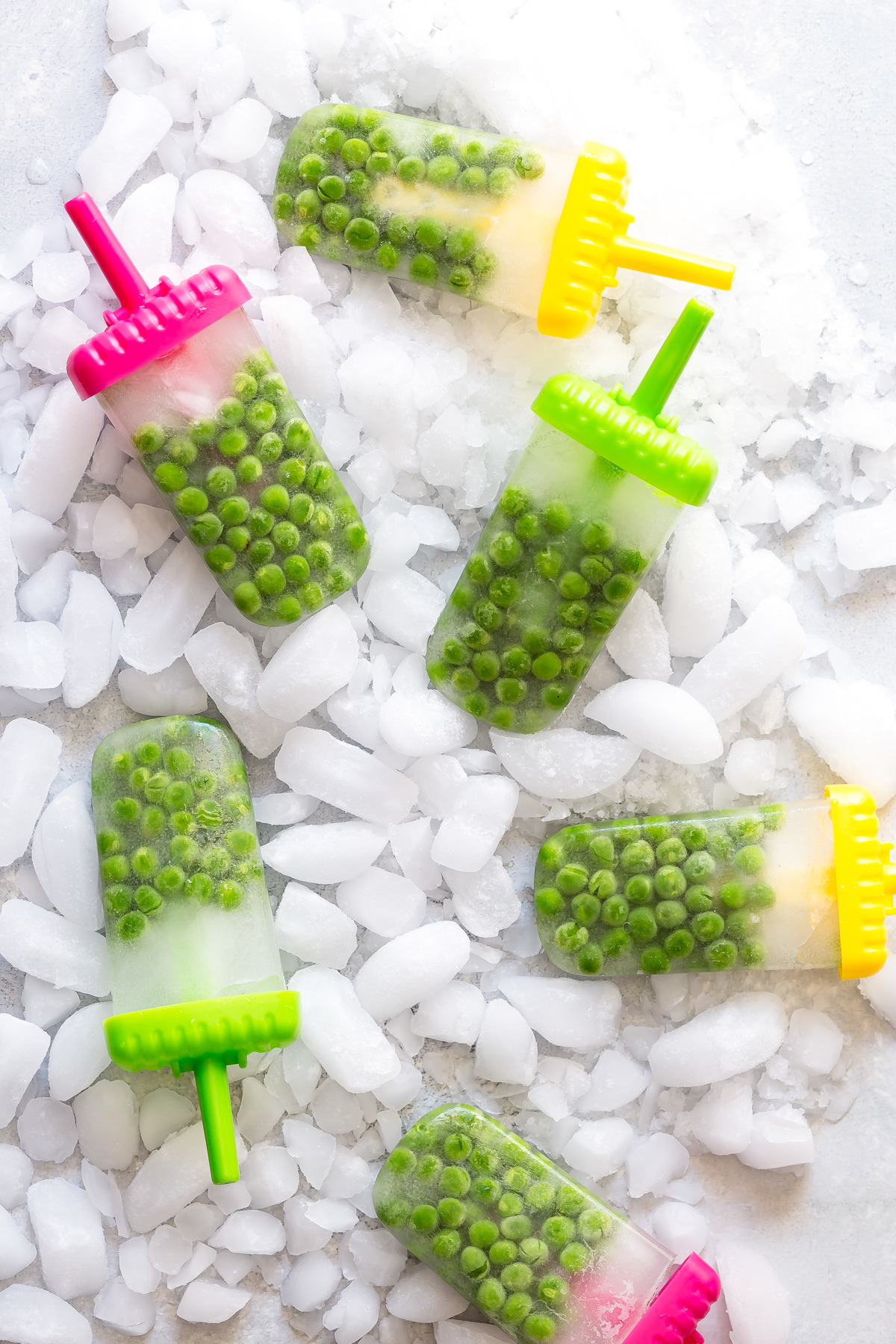 I wasn’t exactly sure how Kenya and his buddy would react when they first saw green peas in popsicle form, and I didn’t have huge expectations. So much for expectations — they loved them. I guess the mere idea of peas on a stick were hilarious to them because they were fascinated. It just goes to show that you can’t impose your own thoughts on what you think your kids will and won’t like. Keep an open mind always and you will be amazed by the foods they’ll like to eat. 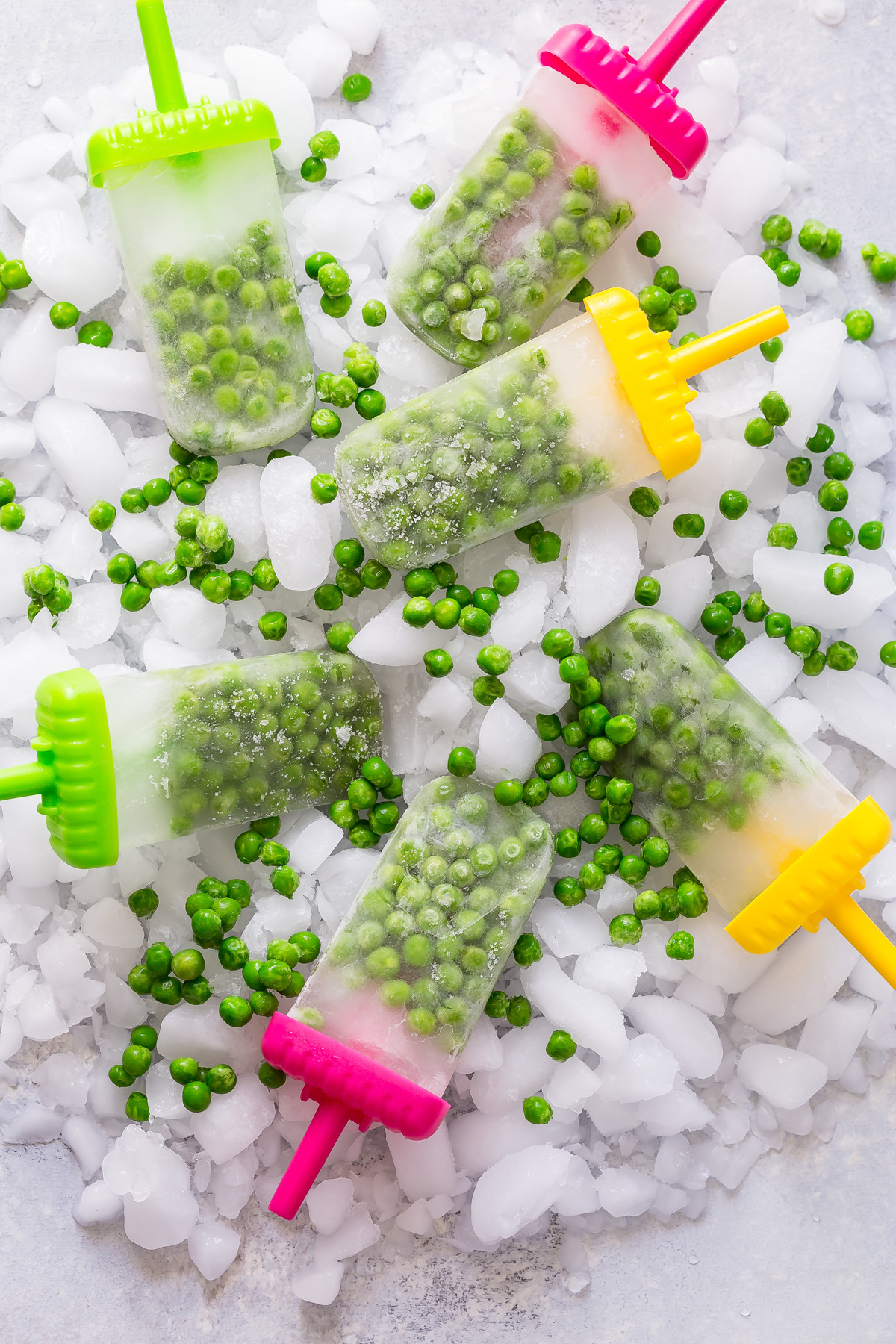 What are your favorite ways to eat peas? 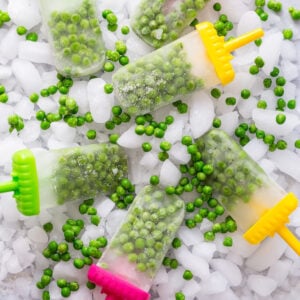