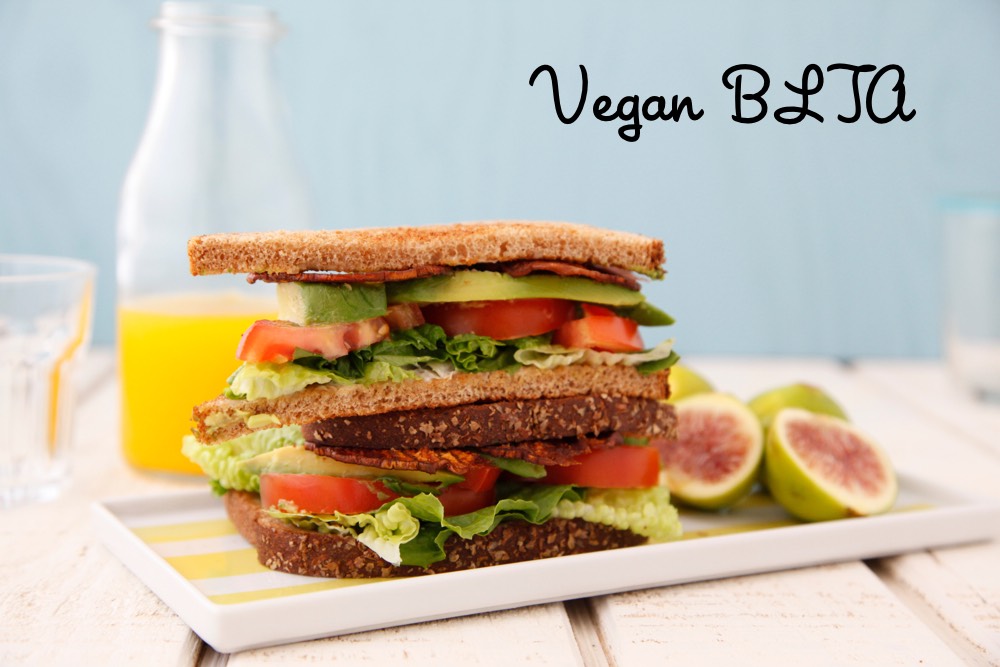 My husband is an avid cook and over the years has gotten progressively more creative. He gets on major food kicks where he’ll discover a recipe, start making it repeatedly, and eventually employ a few modifications to make it his own.

Earlier this summer, hubby began following Mark Bittman’s VB6 regime, which basically means he eats a vegan diet before 6pm — after 6pm he can more or less eat whatever he wants. Hubby looks great and professes to feel a lot better eating this way. While he rarely, if ever, eats bacon, he still totally craves its smoky sweet taste and crispy texture. So, out with the pig and in with the….eggplant? Hubby has become a bit obsessed about making vegan eggplant bacon every Sunday. He stumbled across a recipe for it on healthy eating website called The Vedge, and now has it bookmarked for easy reference. At first I was a little mean, turning my nose up at the whole idea of ‘vegan’ bacon. After all, I’m from Kentucky. Yet I wound up eating my words once I tried it. While it didn’t taste exactly like bacon, it was pretty darn close and totally delicious to boot.

My husband made only minor modifications to The Vedge’s recipe, but I gave it my own twist and then added it to a classic BLT with a few slices of avocado inside (the avocado is good for creaminess and giving flavor balance throughout). Vegan or not this flavorful, highly satisfying sandwich will leave you wanting more. 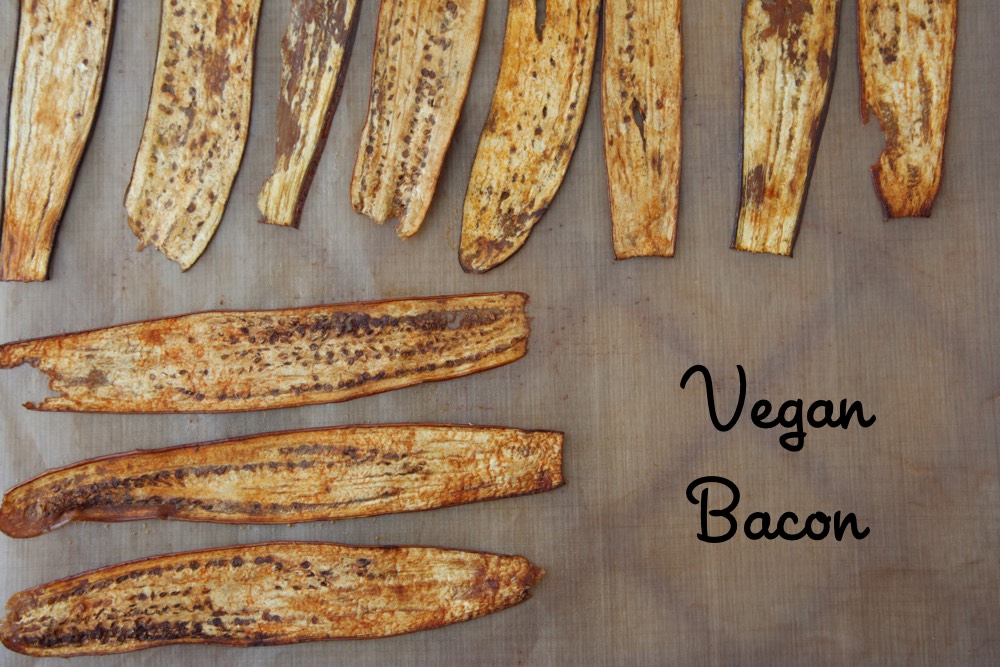 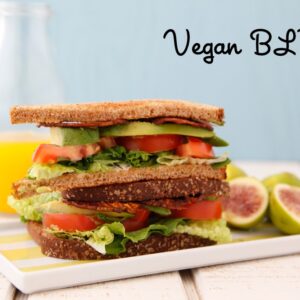